According to the Foundation for a Smokefree America, smoking is the single most preventable cause of death and disease causing more fatalities than cocaine, auto accidents, AIDS, alcohol, heroin, fire, suicide and homicide combined.

The relationship between nicotine and cotinine

Cigarettes are made up of tar, carbon monoxide, acetaldehyde, nitrosamines, nicotine and 4,000 different carcinogenic chemicals. Nicotine – a highly abused, highly toxic alkaloid found in tobacco products such as cigars, cigarettes and chewing tobacco – is metabolized into cotinine by the liver, which is then excreted in the urine. When an applicant applies for life insurance and provides a urine sample, that sample is tested for cotinine at the laboratory. If the result is positive, the applicant will be rated as a smoker during the underwriting process and receive a much higher premium than a non-smoker.

In general, cotinine can probably be detected between a few days and a week after smoking cessation. The concentration of cotinine in an applicant’s body is dependent upon several variables, including:

ExamOne research consistently shows that using the laboratory recommended cotinine threshold of .30 all but eliminates the possibility of a false positive yet is ideal for cotinine sensitivity levels in tobacco users.

Some applicants deny their tobacco use during the life insurance application process. Cotinine testing analysis* shows that 42.5% of applicants tested positive for tobacco but said they did not smoke on the application (this is called nondisclosure). While there is nondisclosure among all age groups, rates of nondisclosure in younger applicants typically are the highest. Laboratory testing is the only way to discover who has “smoker’s amnesia.”

You may have encountered an applicant with a positive cotinine result who said things like:

The truth is that those types of explanations do not generally hold true. Indulging in a rare cigar or being around people who smoke is most likely not going to result in a positive cotinine result. A positive cotinine test is usually the result someone who smokes or chews tobacco, vapes using a cotinine cartridge or wears a nicotine patch.

There will always be myths about smoking, but a laboratory test can see through the smoke and get the real results. 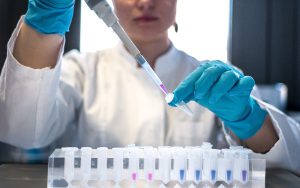 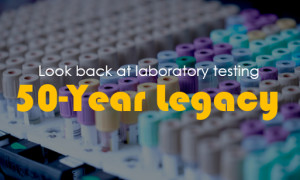